Welcome to the CMP/Highpower Page

These matches are conducted in five stages:

The shooter has 5 minutes to shoot as many sighters as needed, from whichever position they choose. After the five minutes are up, we will walk down the to the targets and paste the holes. This allows everyone to see the results of their shots and ensures the targets are clean for scoring.

The shooter will be given 10 minutes to shoot 10 rounds from the prone position. A shooting mat makes this stage much more enjoyable. Slow fire means that rounds will be single loaded (no loaded magazines, one round loaded and shot at a time).

The shooter will be given 80 seconds to shoot 10 rounds from the prone position. Shooters will start standing, unless age 70+ or a disability. There MUST be mandatory reload during this string. Typically, two rounds are loaded, with bolts closed on an empty chamber. Bolt action rifles will load 5 rounds but leave the bolt open until prone. When the timer begins the shooter drop prone, will load the rifle, shoot the two rounds, reload with eight and continue until all ten rounds are expended. (if the rifle does not permit this, they will shoot 5 and reload 5 more) Shooters will need at least two magazines/clips that hold a minimum of 5 rounds for this purpose. Following this stage we will return to the targets, score and paste them for the next stages.

The same as Stage One, but fired from the standing position. There will be no artificial support or slings.

BONUS/OPTIONAL: RAPID FIRE SITTING
The same as Stage Three, but shot from the sitting (or the not- preferred kneeling position, if desired).This stage is not included on the scorecards, but there many shooters desire this stage for the CMP Matches. Following this stage we will return to the targets, score them and tear down the targets and return the range to its natural state.​​ 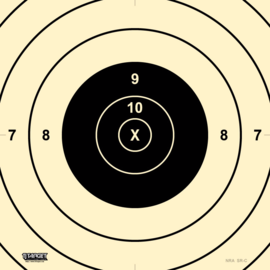 The CMP/Highpower matches at Springwater are styled after the type of match you would find at the annual National Matches held at Camp Perry, OH each summer. During one of these matches, a competitor will usually shoot from the prone, sitting and standing positions, in both Slow Fire (10 rounds in 10 minutes) and Rapid Fire (10 rounds in 70 seconds w/ reload).

Most CMP matches use military service rifles, from World War One to present. The M1 Garand is one of the most popular rifles in these events. It is not uncommon to find M1903 Springfields, M98k Mausers, Mosin-Nagants, Lee-Enfields or other such military 'surplus' rifles at these events. At Springwater, will will allow any iron-sighted centerfire rifle that is safe to shoot.

For more information on the National Matches, and the Civilian Marksmanship Program (to include how to purchase an M1 Garand rifle) click here.

Results of 2021 Sanctioned Matches can be found on the CMP Competition Tracker under the heading:  Springwater Rod&Gun 2021 GSMM Match

All 2021 Matches Are Sanctioned Through The CMP

What Do I Need to Shoot This Match?

-Any iron-sighted centerfire rifle. (NEW: or scope up to  4X)

-Shooting mat (or something to lay on the ground)